Our Center Places Emphasis on Providing a Comfortable and Elegant Ambience, Cordial Service, and Attention to Privacy 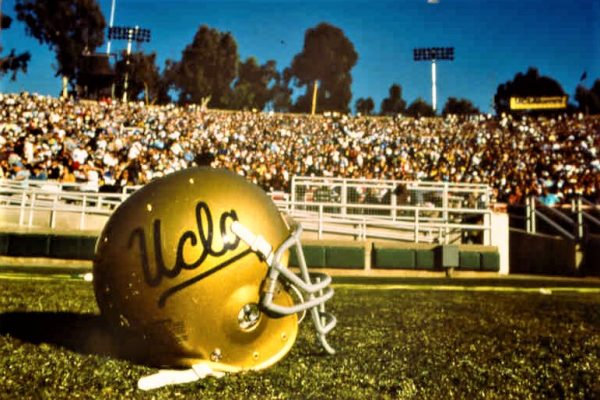 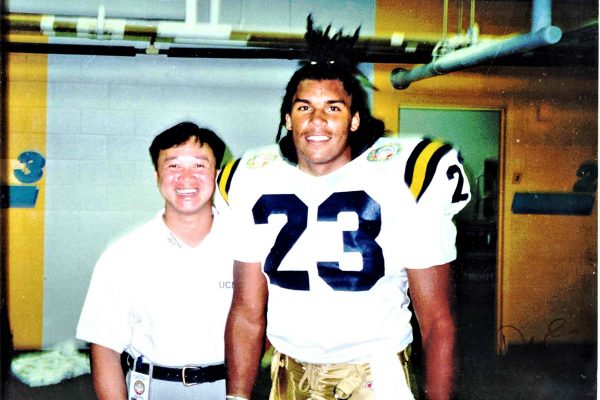 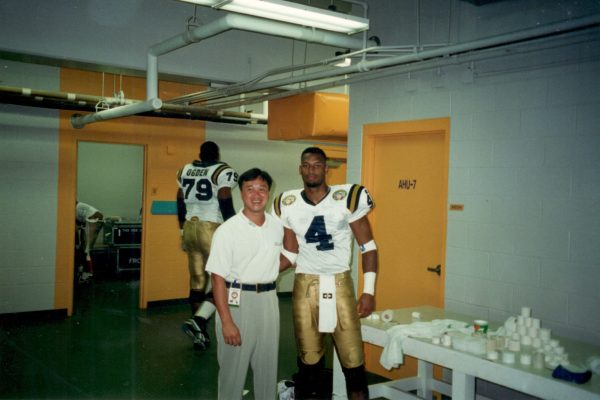 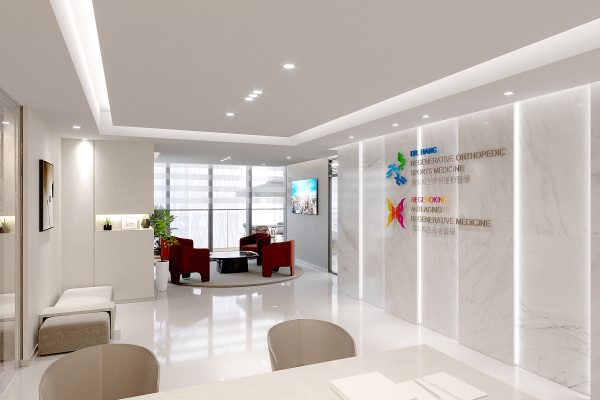 First (and only) center in Asia to utilize autologous cytokine (your own immuno-protein) and growth factors therapy for treatment of arthritis and nerve compression (Regenokine Program or known internationally as “Kobe”Therapy); and have continued as the pioneer in the ever-expanding field of regenerative medicine 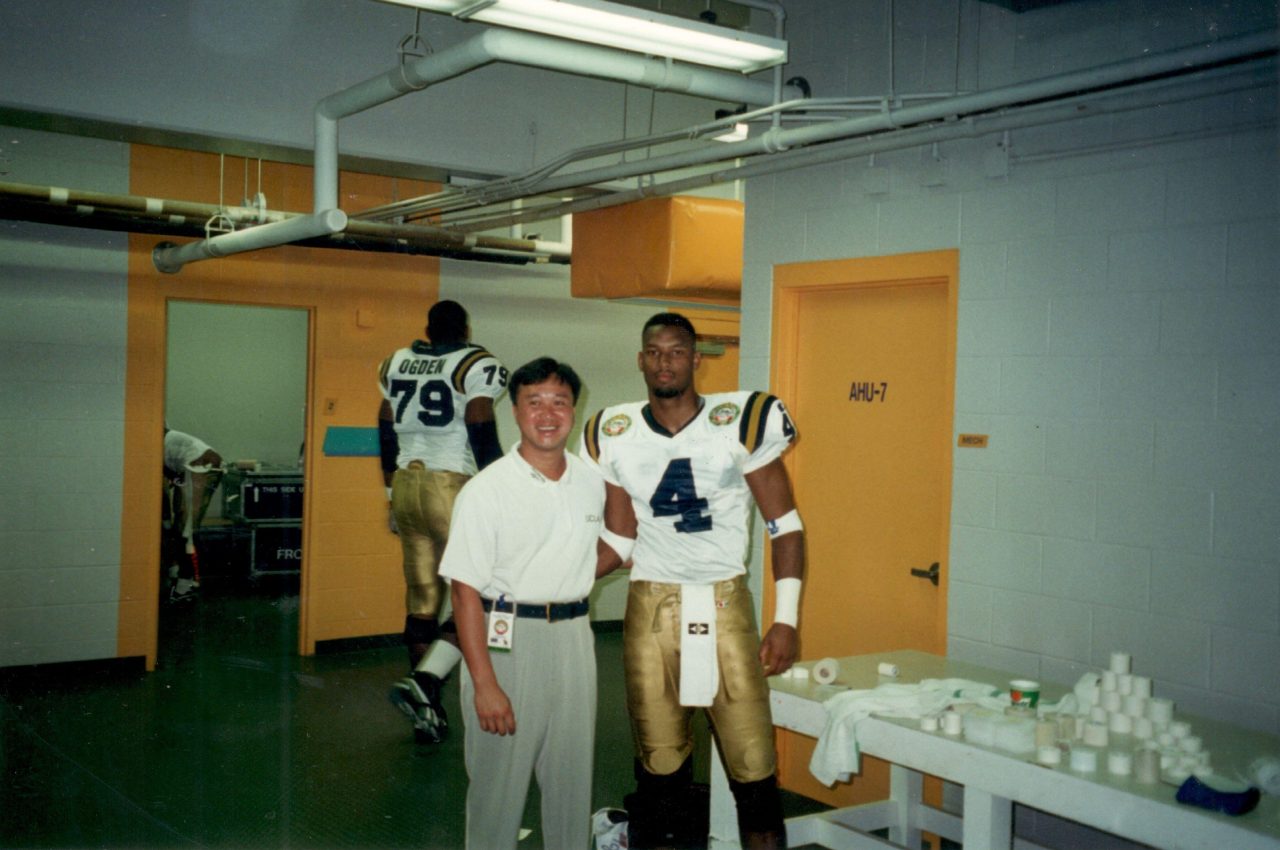 We were the first center in Asia to offer the newest, state-of-the-art autologous cytokine therapy,  Papillon Anti-Aging Rejuvenation Serum therapy (AARS) , from Germany for facial rejuvenation 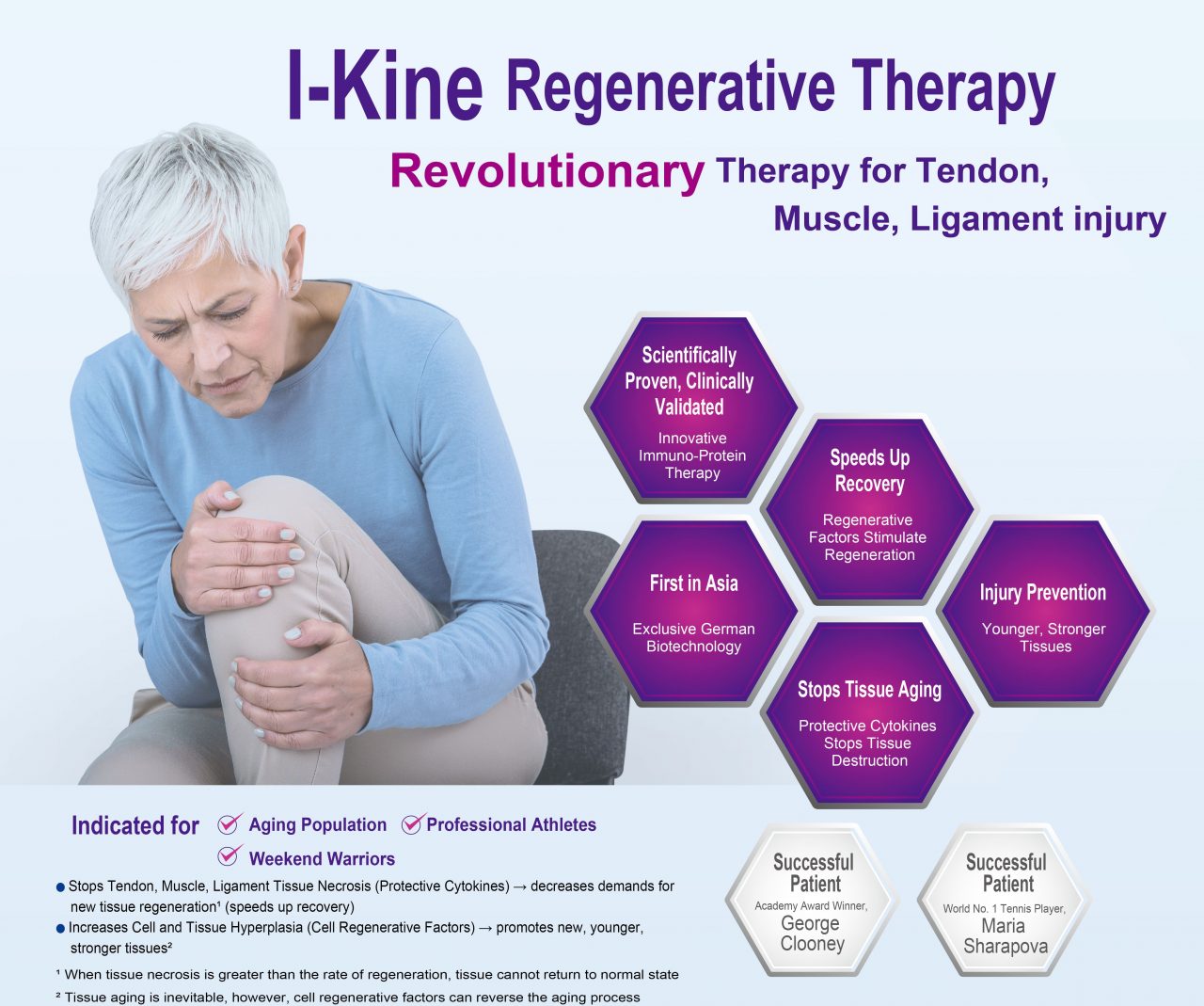 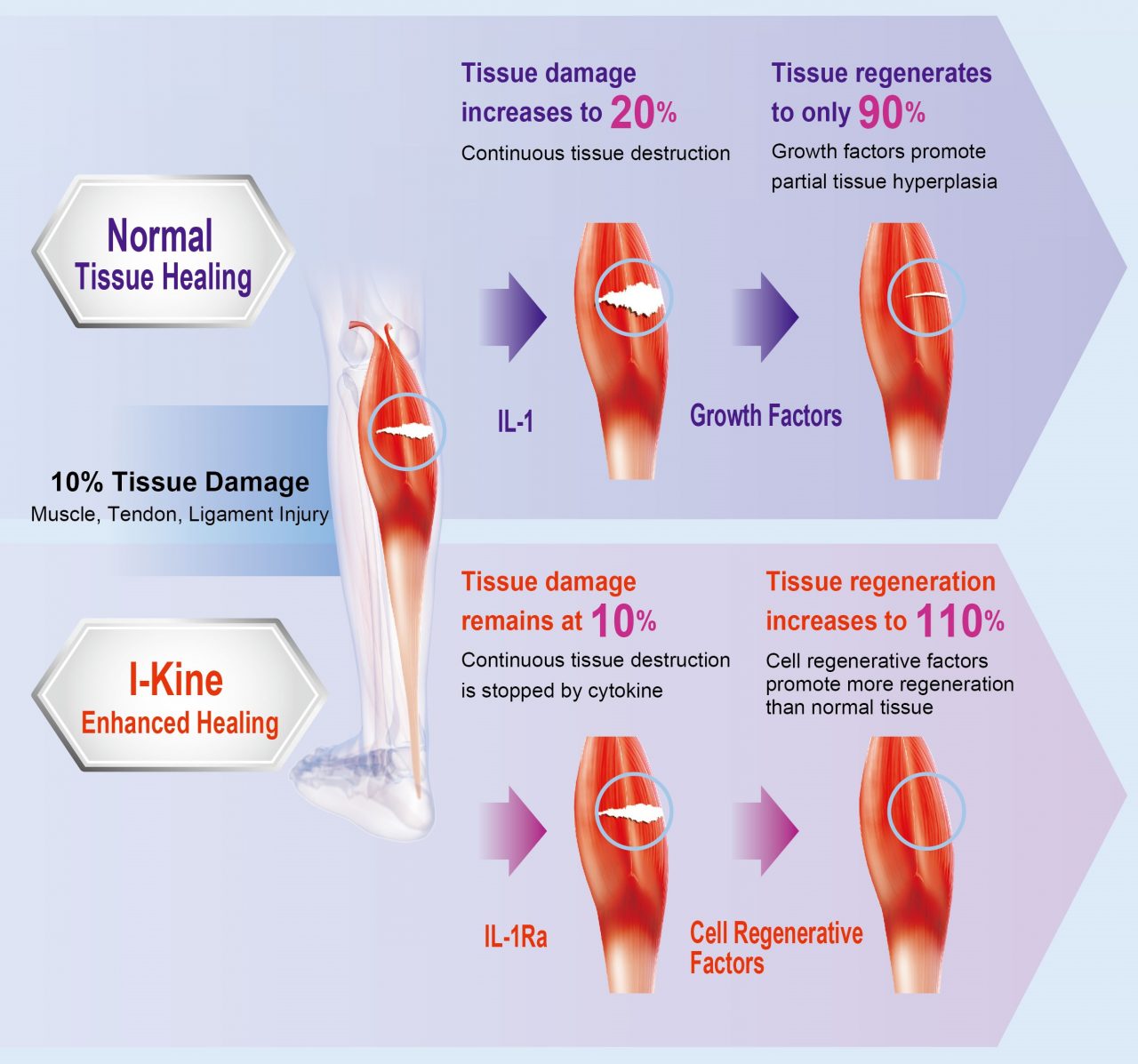 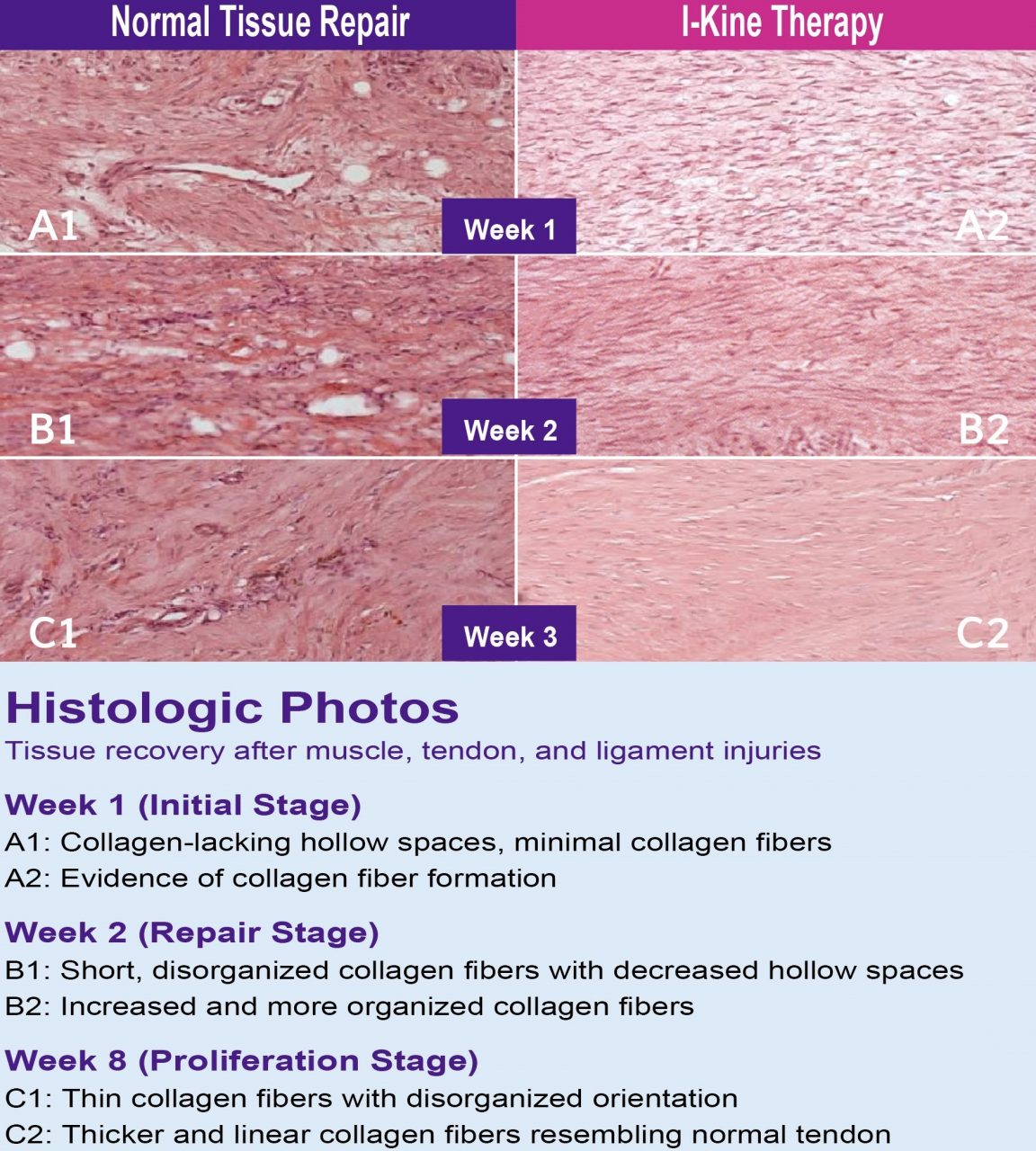 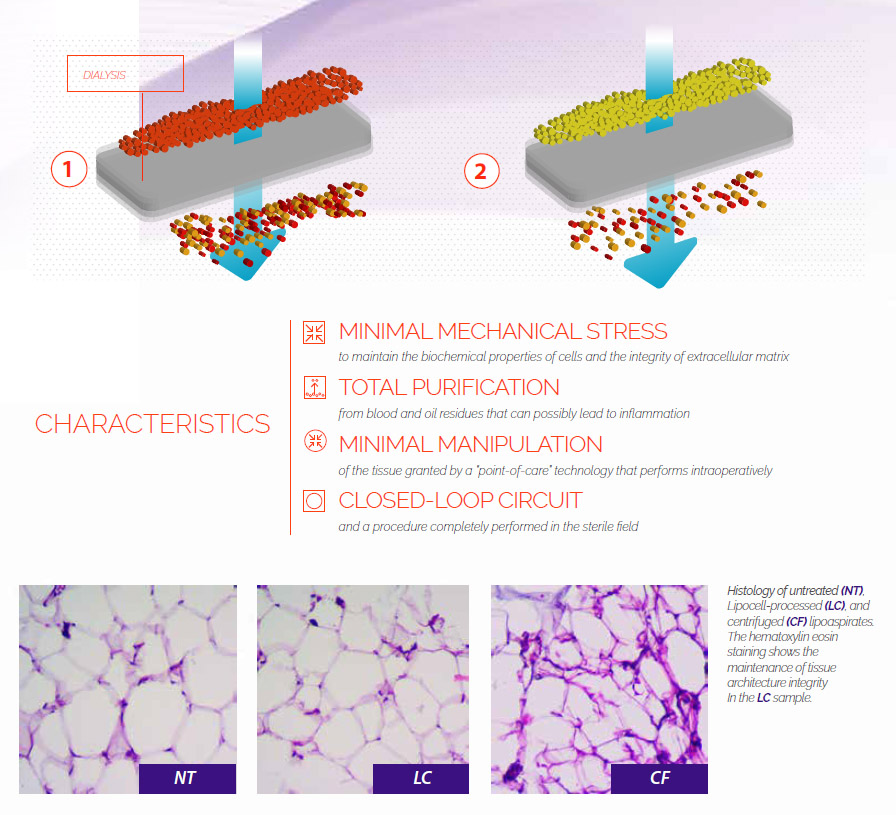 We started our plastic surgery and aesthetic medicine service with the addition of the most renown plastic surgeon in Taiwan, Professor Yueh-Bih Tang, offering the best aesthetic procedures

Detailed and comprehensive orthopedic care (based on American orthopedic standards):

Professor Hang is the only professor of orthopedic surgery from UCLA (University of California at Los Angeles) with board certification from the American Board of Orthopedic Surgery, practicing in Asia.

He returned to Taiwan in 2001 to establish a western-standard orthopedic center there, and also began to implement the most advanced anti-arthritic therapy, the Regenokine Program, and its related research in Asia.

Dr. Hang is one of the premier arthroscopic surgeons (shoulder, knee, elbow, and ankle arthroscopic surgery) in Asia and has successfully incorporated the Regenokine regenerative therapy into athletes and patients for complete restoration of athletic performance as well as improvement in daily activities. 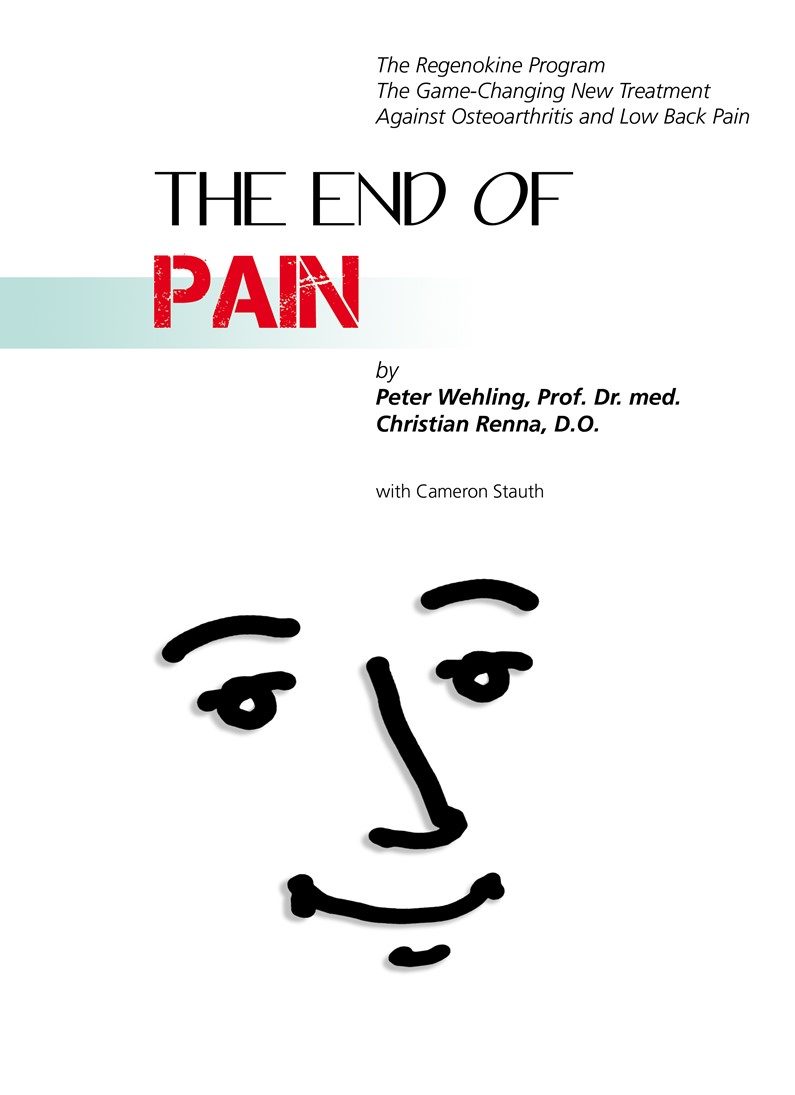 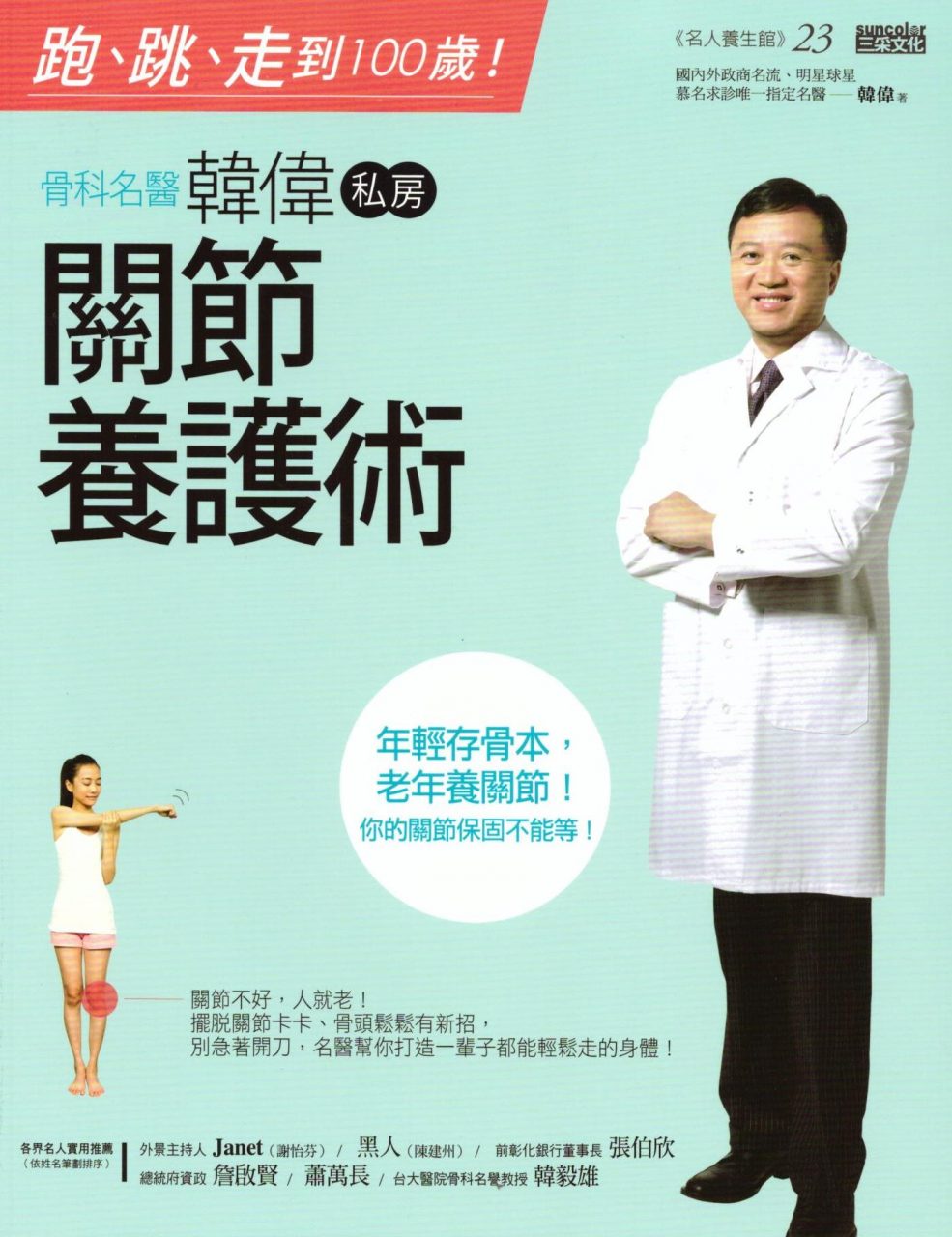 “Dr. Hang, the clinic from China wants to refer patients for Orthokine, and they are scheduled to come in tomorrow, ” my assistant said to me. When they showed up, instead of the two patients scheduled for appointments, six of them came to my office requesting Orthokine therapy. This occurs very commonly in my practice because many of my patients show up for their appointments accompanied by others who have heard about Orthokine and are very interested in getting the therapy. Among these Chinese athletes were world champions, Olympic gold and silver medalists.
“Will my tight ankles and knees feel looser?” was the question half of them asked. After listening to my explanation on Orthokine, all of them elected to have the therapy.
As we know, these athletes were plagued with chronic symptoms from the relentless pursuit of success. Therefore, one athlete received Orthokine in both knees and both ankles, two athletes for shoulder tendonitis, one received epidural injections for a herniated disc, one for bilateral knees, and one for a hip injection. Since these Olympic medalists could not travel freely to Taiwan (due to the on-going political stalemate), I did not see them again. However, on occasions I would see them on TV competing for medals.

“Mr. Lee (from a small country in Indo-China) will be one hour late, ” the receptionist informed me. Mr. Lee was referred by a patient of mine, suffering from chronic knee pain and swelling, who became asymptomatic after Orthokine therapy. Mr. Lee came into my office speaking Chinese with an overseas Chinese accent. “My knee has been bothering me, and I have been to many doctors in Singapore and Korea, ” he said. In addition to the grade II Osteoarthritis in his knee, he also suffers from patellofemoral syndrome. Although he is one of the most influential and successful businessmen in his country, his success comes not only from hard-work, but also from a lot of lady luck on his side! His life was the embodiment of an adventure movie: Escape from the Communist regime by trekking thru a disease-infested jungle, missing the refugee boat, being sent to a refugee camp, then sent back to his country when the camp closed. Then he started smuggling daily essentials to start his business, fought with pirates on high seas, narrowly escaped assassination by the Indochinese mafia, and eventually built a business empire that covers nearly every aspect of daily living.

He flew in for five days to receive the Regenokine therapy. At first, he was slightly disappointed when I told him that the patellofemoral pain may require a prolonged course of recovery, and Orthokine may not work as well for patellofemoral problems. However, three weeks later, he called me and told me that he was not having as much pain during golf, which he plays every day, and was one of his main concerns in life. He returned to see me after four weeks and basically did not have any more pain. And again, due to the resolution of his symptoms, he referred many other patients from this small, emerging country.

This patient came to see me a few years ago. “I need to train for the next movie and when I tried to do a spin kick, I felt very uncomfortable in the front of the knee. And I am also directing a new movie in a few months. I need to get better!”. Although he was one of the few top Asian kung-fu movie stars that performed his own stunt and fights, he has been blessed with minimal injuries. However, on a routine stunt, he developed pain in both of his knees. The pain has plagued him for almost one year, and he tried all known medications, injections, and even all the known traditional Chinese remedies without any improvement of his symptoms. His x-ray showed no evidence of Osteoarthritis despite years of abuse from his martial arts training and acrobatic stunts in the movies. Four weeks after receiving his therapy and following the usual therapeutic regimen for patellofemoral problem, I gave him the go-ahead to resume his training. Initially he was still having some vague discomfort in the anterior aspect of his knees with rotational leaps and kicks, but soon was able to participate fully in his training. He called me a few months later complaining of anterior knee pain while practicing, but the pain subsided after some rest and anti-inflammatory medication. Currently he is still making movies entertaining audience world-wide.

Mr. Kang (stage name), a leading entertainer / pop-star in Asia, came to my office ten years ago for a torn anterior cruciate ligament (ACL) sustained in a basketball injury. He underwent an ACL reconstruction and after seven months of rehabilitation, he began playing basketball again and performing on stage. He re-tore the ACL graft four years later during one of his concerts. I performed a revision ACL surgery on him and again, he went back to his love, basketball and performing. But unfortunately, he tore the ACL in his other knee one year later, again, from playing basketball. On his office visit, x-rays were taken of the revised ACL reconstructed knee which showed grade II Osteoarthritis. “I have a concert tour coming up in a few weeks. Is it OK to postpone the reconstruction until a later date?” he asked me with grave concern. “And what about my other knee? What do I do about the Osteoarthritis?” Since Regenokine was not available when he had his knee reconstructed years earlier, I offered him the treatment on this visit. And this was the time (in 2011) when the world was abuzz with the revelation that Kobe Bryant received Regenokine in his knee, which allowed him to return to the NBA and continue his enchanting performance. “This is the same therapy that Kobe received, right?” asked Mr. Kang, who knew Kobe on a personal basis. Without any hesitation, he elected to have the therapy in his previously reconstructed knee. As for the non-reconstructed knee; he decided to use Orthokine as a prophylaxis against further cartilage destruction until he could find time for the reconstruction.

The American Educator and Missionary: Indication for Severe Osteoarthritis

This patient came to see me more than 11 years ago to see if I could help her. She is the most influential and well-known English teacher in China and Asia. She has been in Asia for more than 60 years teaching English and doing Christian missionary work. Her English programs have reached hundreds of thousands of native Chinese speakers through radio programs, T.V. programs and the Internet. 80 to 90% of the Taiwanese population over the age of 50 have learned English from her.

She came to me with chronic knee pain that was unrelenting despite NSAIDs and scheduled corticosteroid injections. She had severe grade IV lesion of both knees on the lateral compartment and grade III lesion on the medial compartment. A surgical option had been offered to her by other physicians, but due to her other medical problems, she elected not to have surgery. “Do you think you can help me?” she asked me. I explained that since she had end-stage Osteoarthritis, other than symptomatic relief with corticosteroid injections and physical therapy (since she was not on any therapeutic exercises and therapy); I did not have anything to offer her. This was at the same time I was initiating the first generation Regenokine clinical study, so I asked her if she would be willing to try the novel therapy from Germany. She immediately said “Yes! Anything that may help me!” She received the first generation Regenokine. Although Regenokine did not diminished her symptom completely, it took away enough of her pain for her to give lectures, travel worldwide performing, and continue her teaching over the past 11 years. She did well for about seven years before coming back to receive additional injections on a biannual basis. She also received Regenokine in her spine last year due to increasing low back pain secondary to spinal stenosis. Regenokine has helped her with her lower back pain, and she is grateful that the therapy has allowed her to continue to carry on her daily routine and participate in public events

“Dr. Hang, Ms. Lin, a referral from Dr. Wang’s office seeking advice for Orthokine for her knees, will be in this afternoon.” Miss Lin is a very successful and well-known businesswoman in the fashion industry. When I met her, she did not look like a 50-year-old grandmother of two. She looks as young as a 30-year-old. She is a very health-conscience person who takes great care of her health based on good sleeping habits, well-tuned psychological well-being, a well-balanced diet, daily exercise, and scheduled hormonal supplements.

A few years ago, she developed mild anterior knee pain with increased stair climbing, but that resolved itself on its own. She came to me wanting to know if there was any problem with her knees and whether she needed any prophylaxis (or anti-aging) therapy for her joints. Her knee x-rays revealed grade II Osteoarthritis in the medial compartments. The anterior compartment was normal without any evidence of patella subluxation or tilting. After explaining the science behind Orthokine, she decided to have Orthokine without any hesitation. “If Orthokine can stop or slow down destruction, then if I come in annually to get the injection, I may never experience any pain from progressive cartilage deterioration, right? What will I feel after the injection?” she asked me. I told her that I had started Orthokine on a group of patients as prophylaxis against cartilage degeneration and the most common comment was that their knees felt “looser”, “lighter” or “stronger” (yes, stronger!). To me these were all signs of decreased inflammation in the joint. And like the rest of the patients in this “anti-aging” group, she experienced similar results after her Orthokine therapy, and comes in, as do the other patients, annually for her Orthokine therapy and has been asymptomatic since.

FROM GOLDEN AGERS TO PROFESSIONAL ATHLETES

“Your Treatment comes from God!”
“Doctor, I can kneel again!”

“Rodriquez is 100% right now and that there are “no red flag” going into spring training.”